Lord, send me out of my comfort zone! 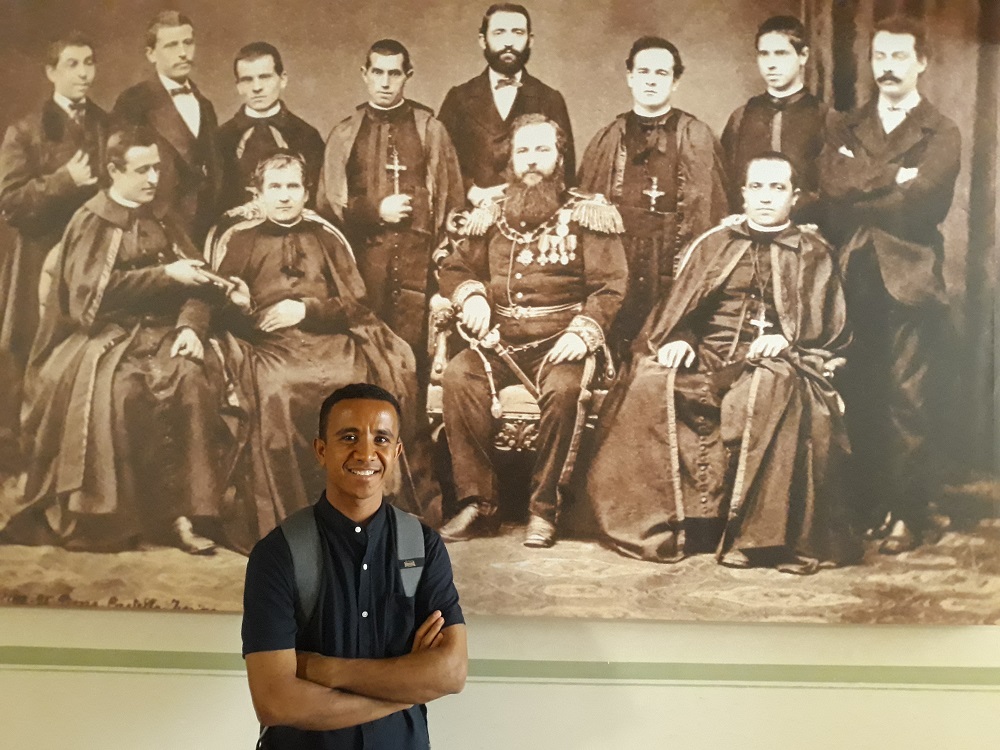 Lord, send me out of my comfort zone!

Receive my heartfelt greetings on the second stop over of this second semester journey around our EAO region - Cambodia. The ‘EAO Good Night Talk’ was started in April 2014 after the General Chapter 27 as a humble attempt to strengthen the sense of belonging among the Salesian family members in our large and diversified Region of 23 countries. Most of our EAO cultures appreciate very much the storytelling for the community building and deeper relationship.

This year it’s already 35th anniversary of my escaped from Czechoslovakia to become a missionary in Project Africa! One night, on August 1984, as a young Salesian I crossed the Alps between Yugoslavia and Italy. It was an adventure that marked out my whole life and vocation, was narrated hundreds of times over in various occasions. In 1982 it took two years to plan this flight from a communist country – Czechoslovakia – so I could set out as a missionary ad gentes. And finally in August 1984 it took just two days by bus from Prague to the Adriatic sea coast (Yugoslavia) and one overnight of climbing towards the mountain boarder with Italy.

Thanks to God and one Salesian Cooperator, I was able to across the Alps mountains to Trieste (Italy), the first canonical Salesian house I had encountered in my Salesian life. That time It was clear I would be never able to return back to my homeland. I left without a passport and with just a small bag, a few summer clothes and a single book, the New Testament. Indeed - I left then everything behind – and for safety reasons even without telling my parents, friends, even other Salesians.

Why leave everything behind? To follow Jesus. To follow the missionary path, since I had understood that the Lord had prepared me in many ways to be an instrument for bringing the Gospel to others. Even though my original dream of Africa was changed by the superiors for South Korea, my overall life direction did not change. It was about “leaving everything behind, to become all things to all people”.

Since then, in past 35 years, I have always found it relatively easy to gather the energy for effort and joyful enthusiasm amidst difficulties and zeal for apostolic work. Only years later did I come to understand that leaving everything behind– «Cetera tolle» – brings me ever closer to the souls of the young and closer to the hearts of my confreres. An obedience to the call has been a daily gift of so much strength to be able to give myself completely to Jesus!  Let us ask the Lord that many Salesian family members would experience the joy of leaving daily their comfort zone and get closer to the hearts of the young!

Vocation grows by attraction 2019.08.25by vaclav How do you make known our Saints? Next