After that everyone went inside to the chapel on the third floor of the new building to attend the mass celebrated by Bishop Dominic. In his homily, the Salesian Bishop Peter Nguyen Van De recalled the memories of 50 years ago when the institute was founded. He said that in 50 years there had been 330 Salesians who had graduated from Don Rua institute. Among them 106 Salesians had been Ad Gentes missionaries in 49 countries around the world. All was God’s grace.

Later on he emphasised the Salesians’ mission that was to love and serve young people, especially the abandoned ones. He quoted the motto “Da mihi Animas, cetera tolle” of our Father, John Bosco. He talked about the current situation of young people in today’s practical world and challenges of educators. He invited everyone together with the Salesians to take part in education, guidance and protection of young people.

After the homily came the rites of blessing of the chapel and the altar by Bishop Dominic then the mass continued.

After holy communion, Fr. Provincial Joseph Quang on behalf of the province expressed his gratitude to the bishops, the priests, religious, benefactors and everyone who came for this special day. He also sent a special thank to the architect of this pastoral building who had designed and managed directly its construction without any fees and to the benefactors who had supported the construction of the building in many ways.

In his response Bishop Dominic congratulated the Salesian Congregation on the new pastoral building and gave thanks for the help the Congregation has given to Da Lat diocese and the Church in the education of young peple over past years. He hoped that the new pastoral building would be a good venue for many people particularly the young to have fun in the playgrounds and to be educated according to Salesian spirituality. 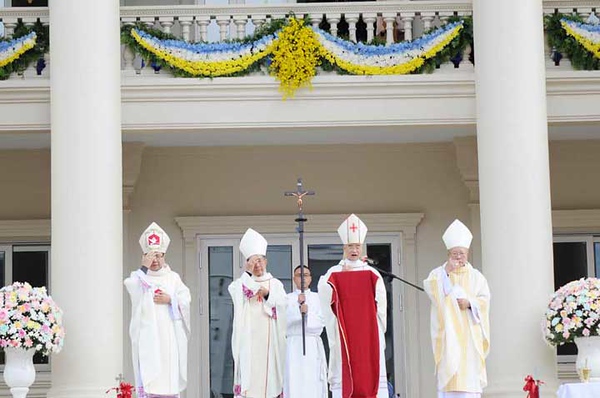 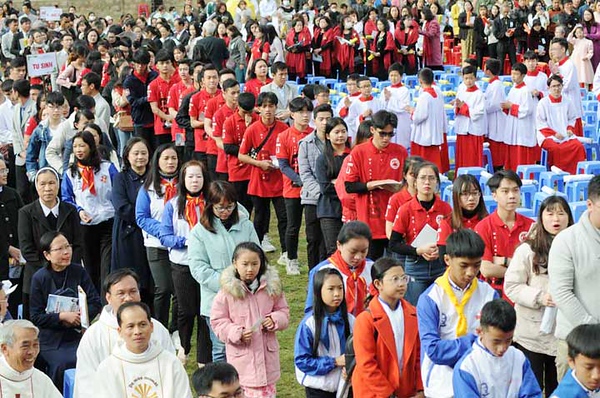 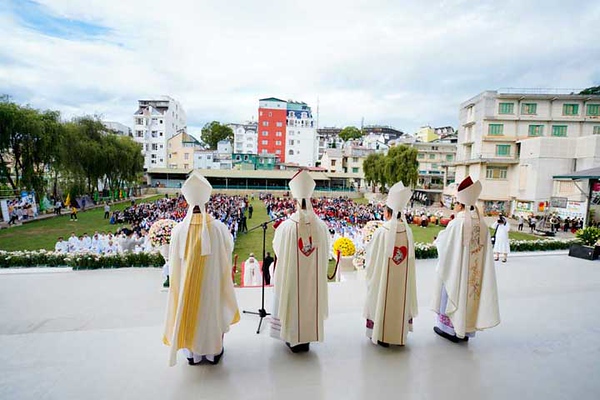